You won’t find a cuter craft this holiday season than this Cinnamon Stick Rudolph Ornament!

I seriously couldn’t love this craft any more than what I already do. It’s not only crazy simple, but it’s PERFECT for those younger crafters in your life that want to create something of their very own. (Plus, having your house smell like cinnamon isn’t a bad thing, either!)

With very few materials needed, it’s possible to have this craft done in no time at all. And we all know that the quicker a craft gets started and completed, the quicker that craft can be on display for the world to see!

This holiday season, why not let your kiddos create a few of these Cinnamon Stick Rudolph Ornaments? They’re perfect to give as gifts to family members and friends, plus it’s also a crazy fun way to decorate your very own Christmas tree at home! Can you imagine having a tree full of homemade ornaments this year?

There’s no time to delay in getting started on these Rudolph ornaments, so get your holiday cheer ready to begin the start of decorating for your home! Your child will love knowing that their hard work will be on display throughout the holiday season! 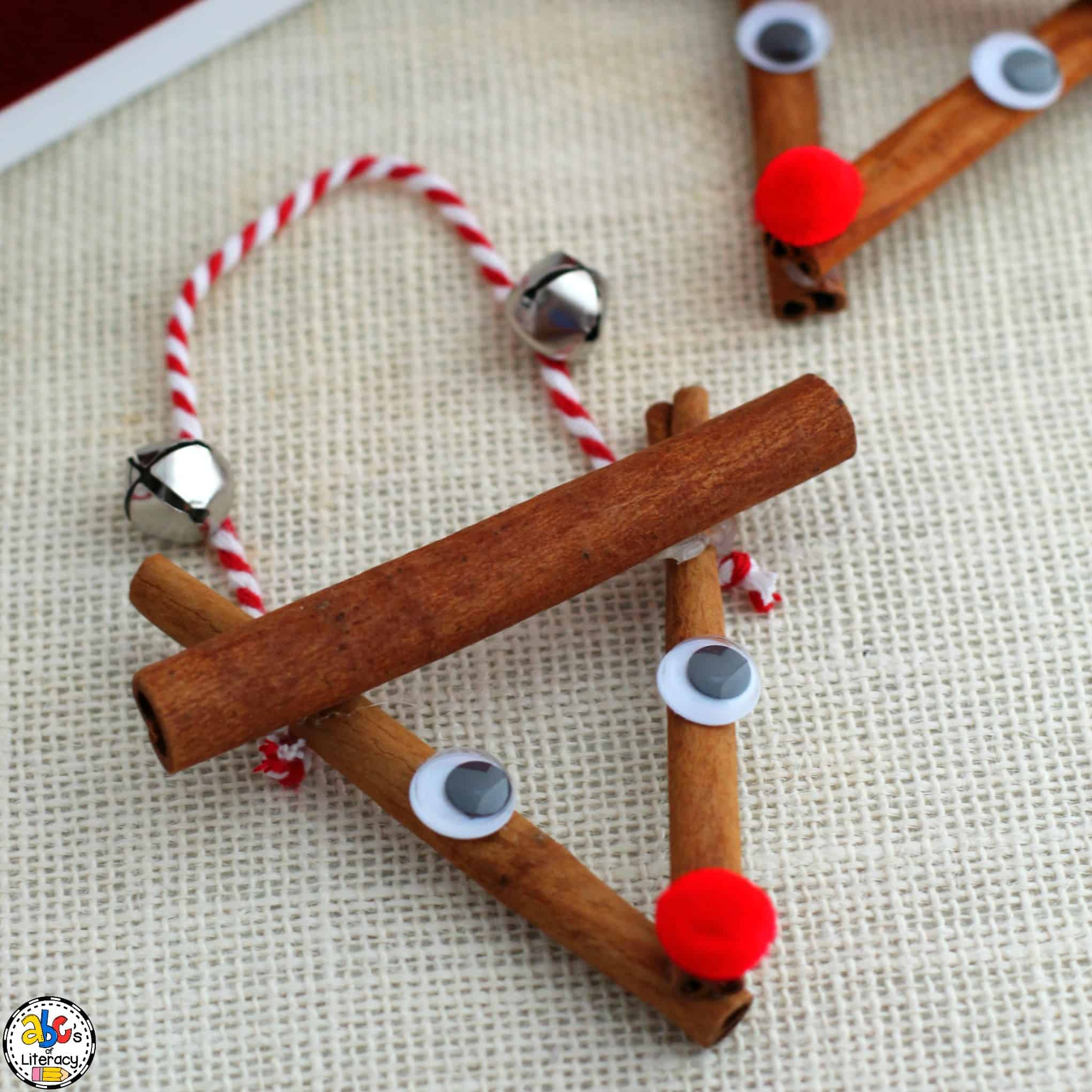 What You'll Find On This Page

How To Make A Cinnamon Stick Rudolph Ornament: 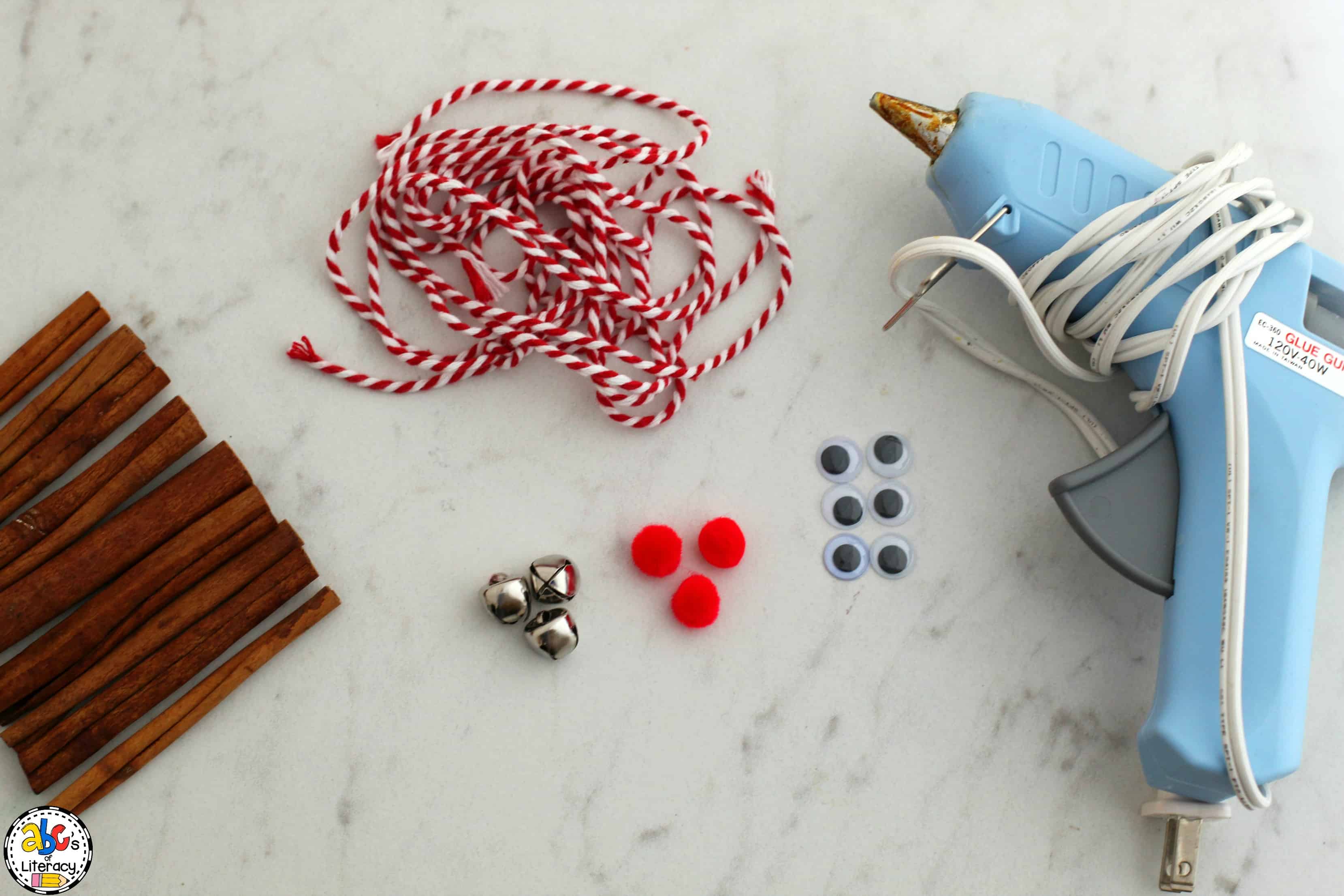 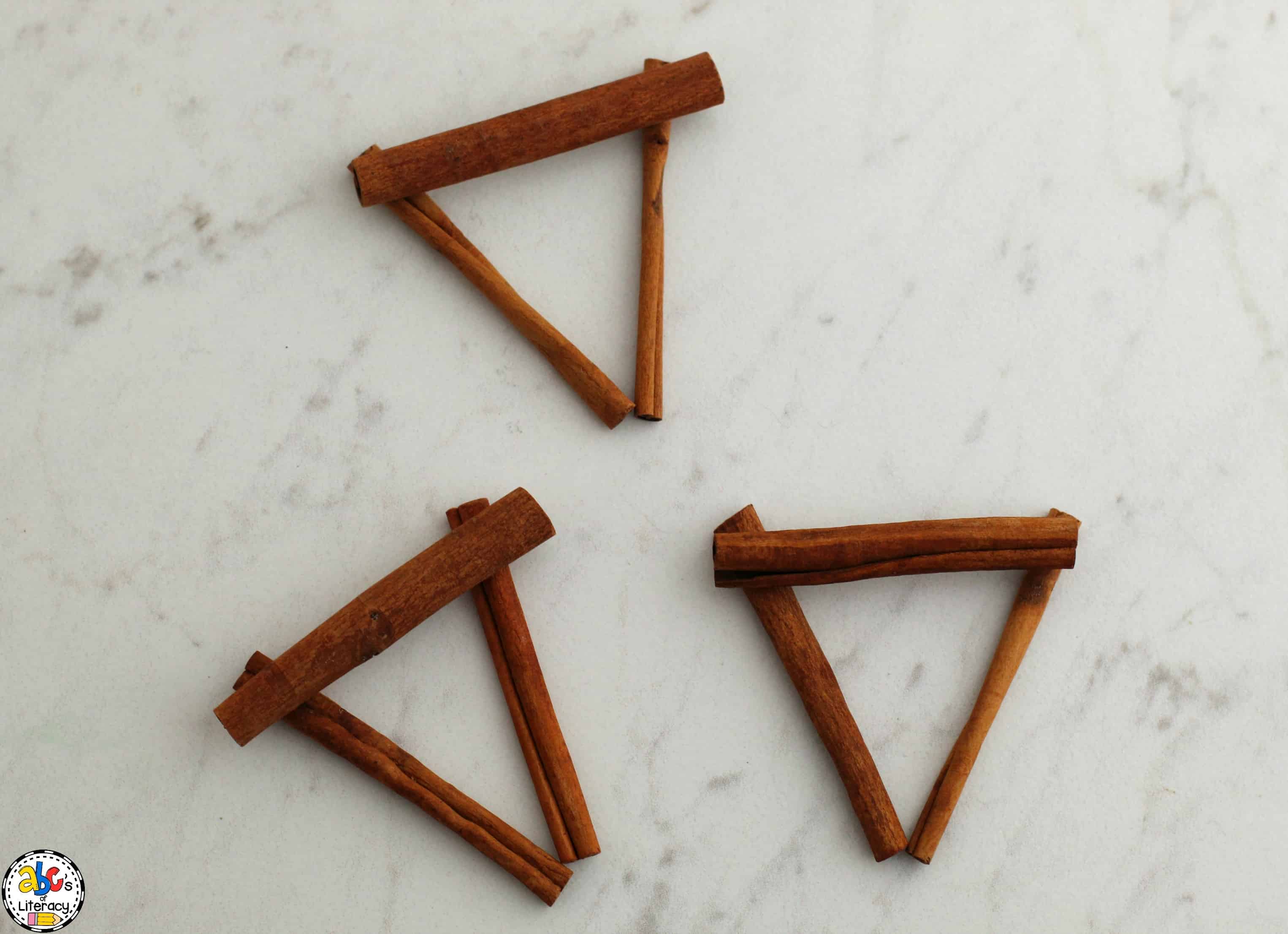 On the “V” under the horizontal cinnamon stick, add drops of glue for the two eyes and press them in place. 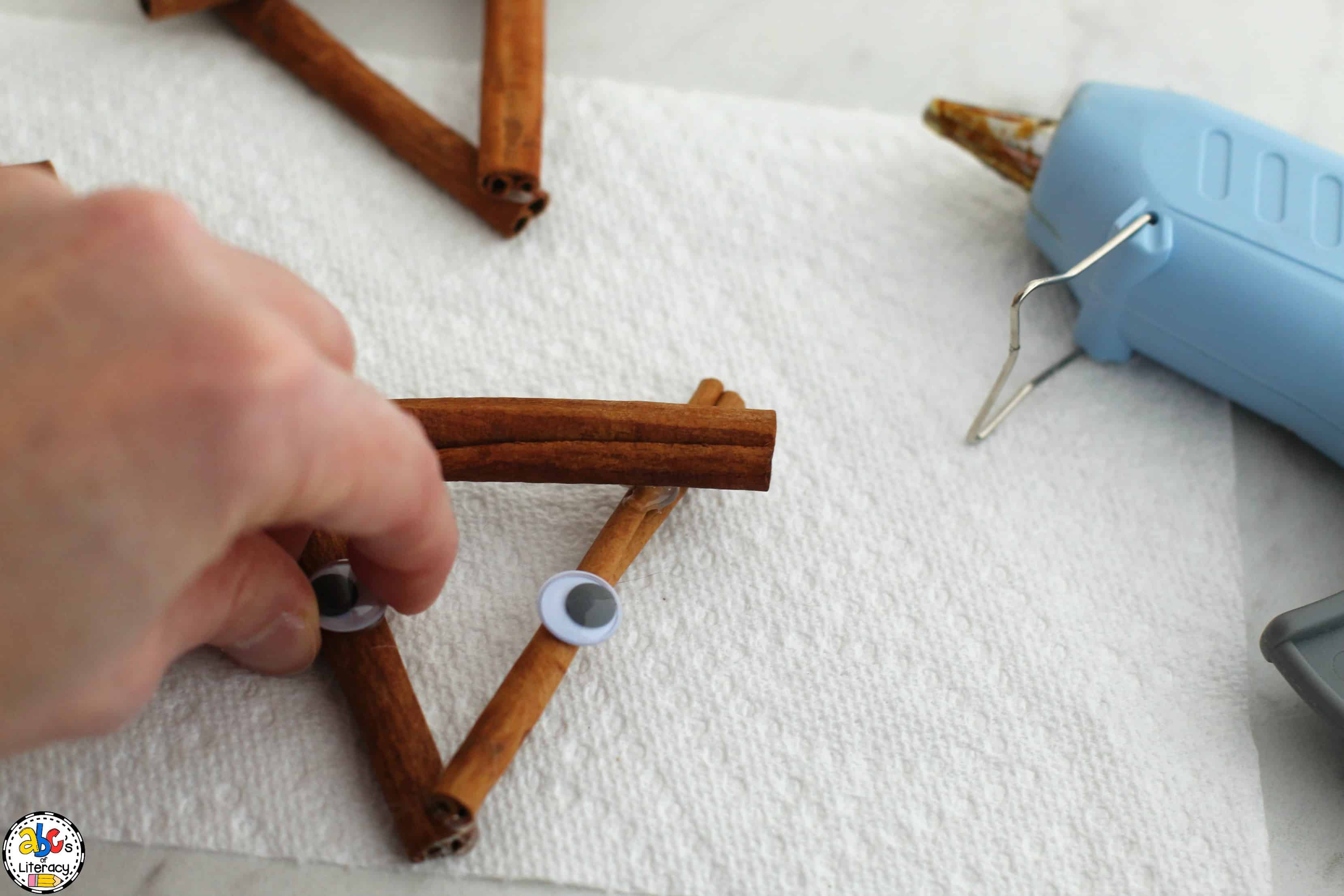 Next, add a drop of glue where the point of the “V” meets and add a red pom pom for the nose. Then, thread two jingle bells on a piece of ribbon and knot the ends. 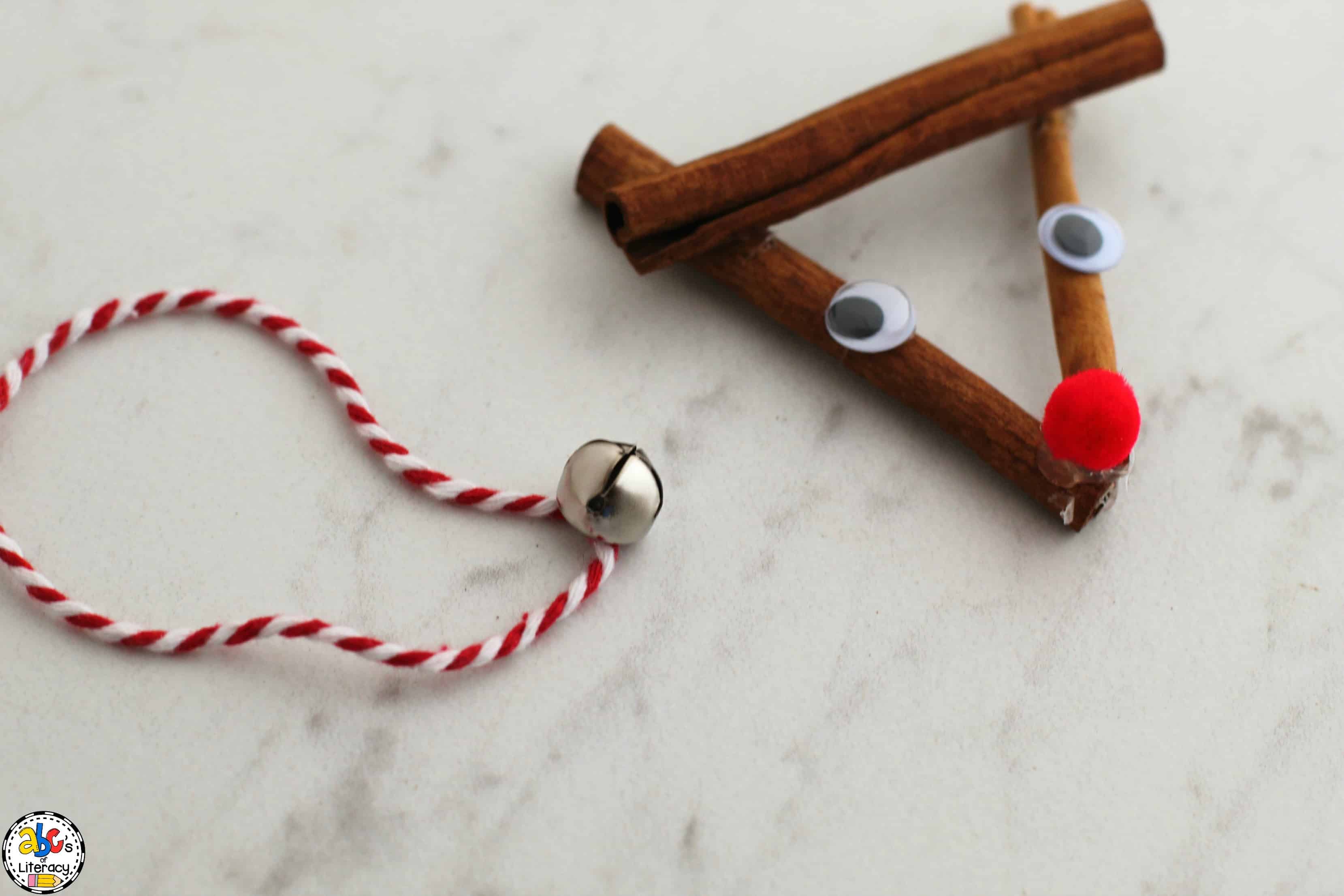 After the glue dries, turn the ornament over and add two drops of glue on each side of the “V” under the horizontal cinnamon stick. Next, press each end of the string in place. Then, let the glue to dry to completely before hanging the ornament or placing it on a gift. 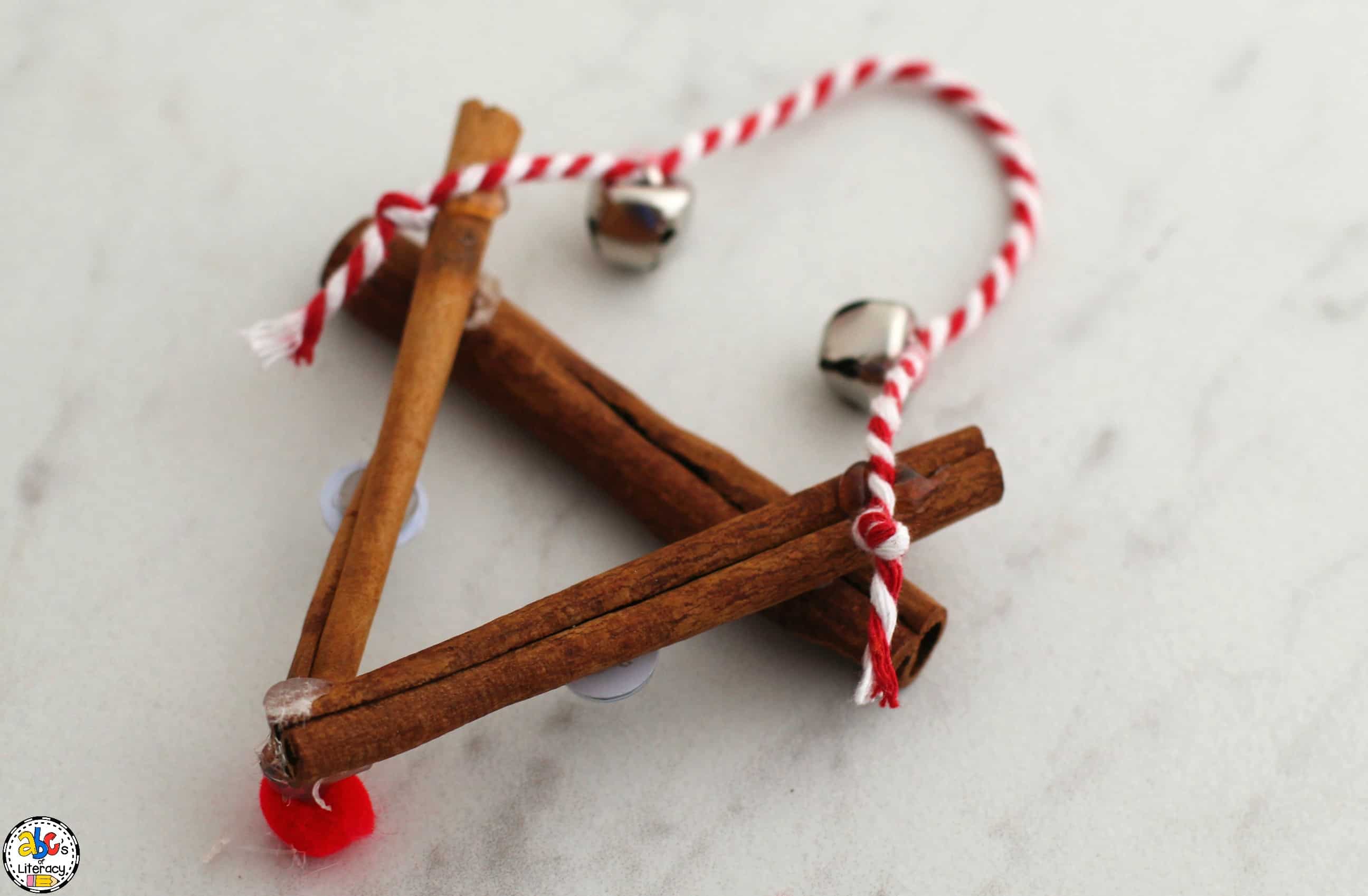 This Cinnamon Stick Rudolph Ornament is an easy-to-make Christmas craft that will make a sweet gift or adorable keepsake for your tree. 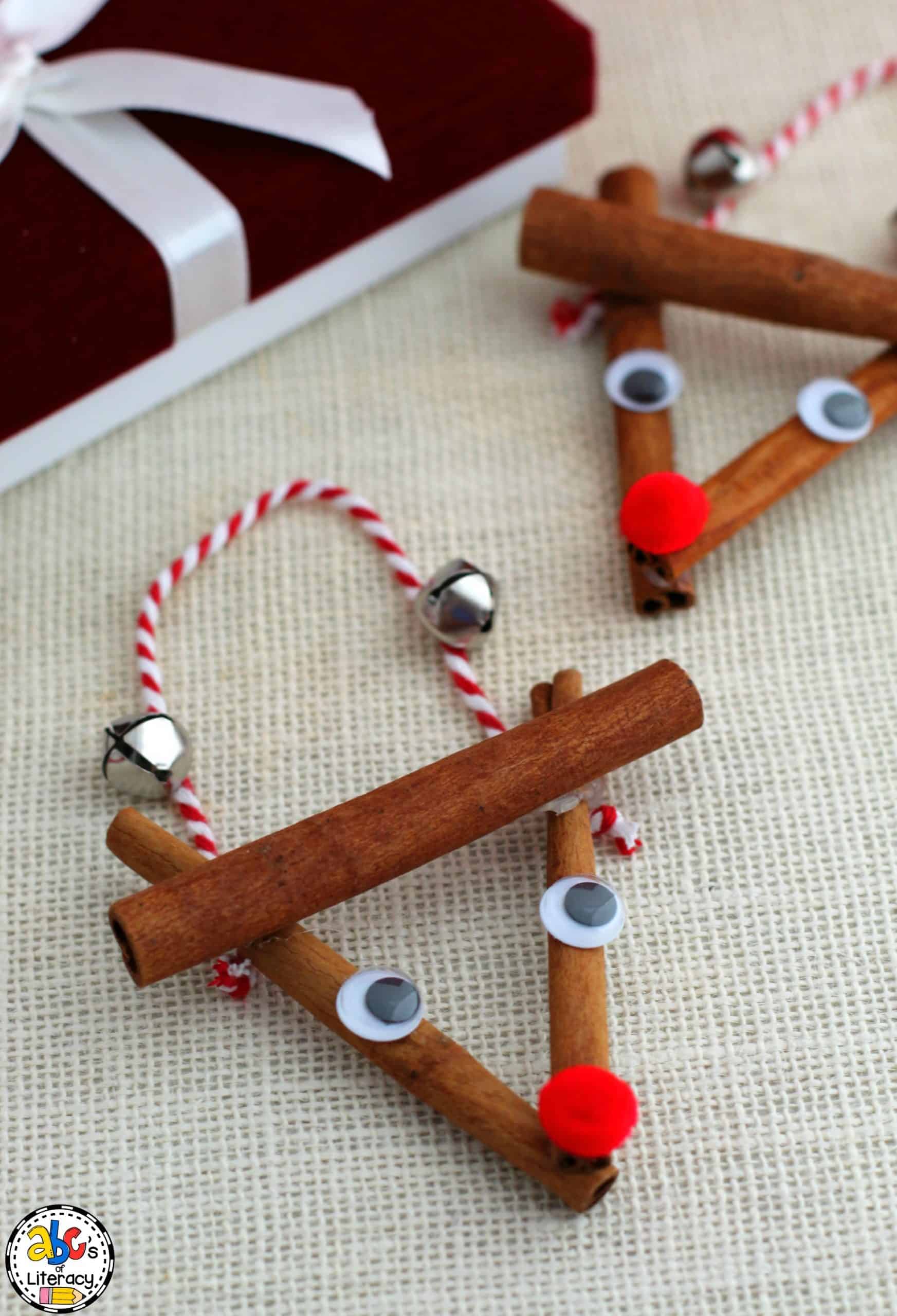 Morning work should never be boring! These Christmas Morning Tubs are an entertaining and engaging way to start the day. This set of December morning tubs includes 5 literacy and 5 math morning tubs that are perfect for children around the ages of 4-6. Click on the picture to learn more! 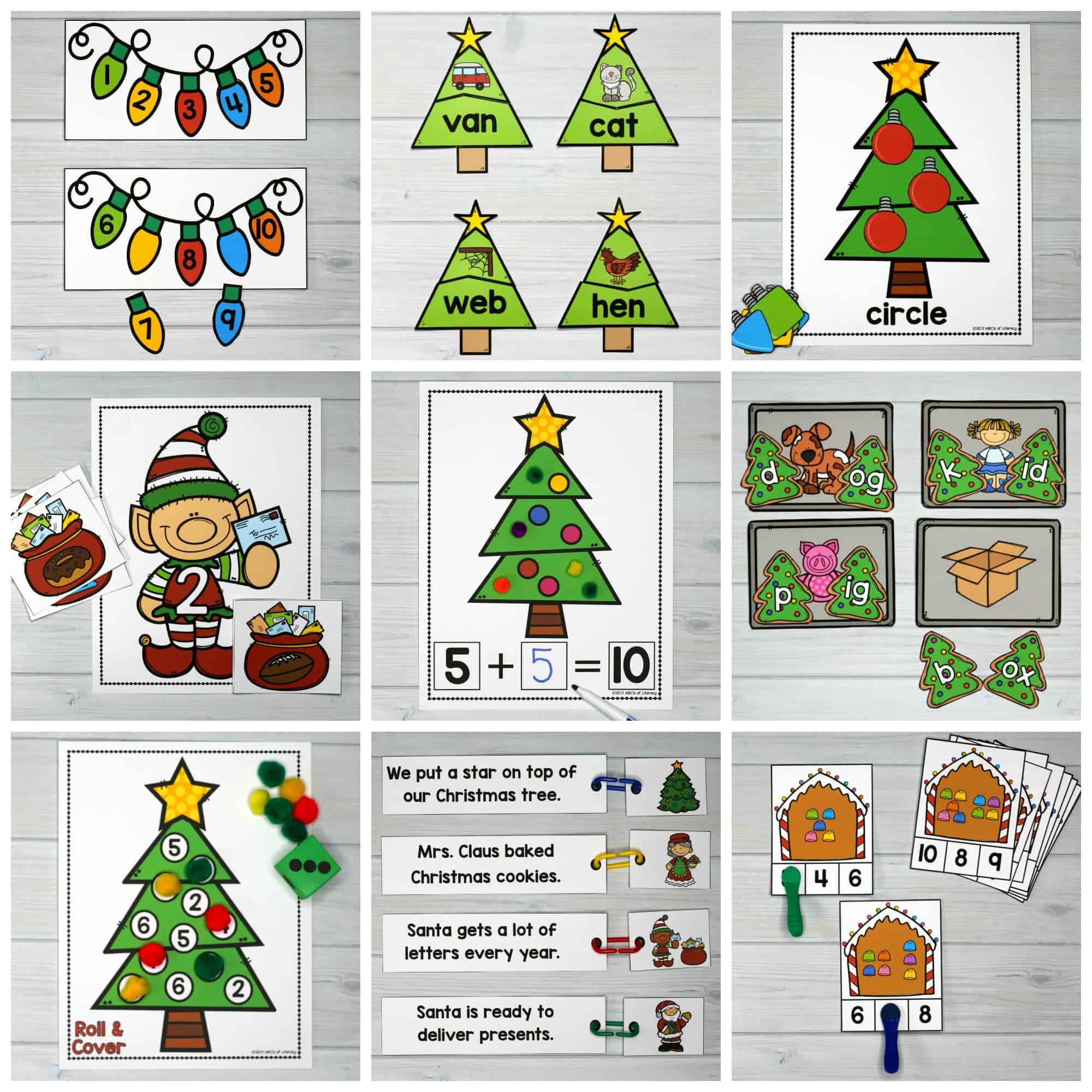 Do you Want more ideas and resources?
Get hands-on activities and free printables delivered right to your inbox!

President's Day is just a week away so I'm sharing

Are you looking for a Valentine’s Day craftivity

Are you looking some fun, hands-on activities for

We started our dinosaur morning basket this mornin

Are you looking for a fun literacy project to do t

All aboard! For #abookandagameaday today, we are p